You’ve probably heard over and over again that aiding is important, you need to do it, don’t slack on it, blah, blah, blah. Likely, you’ve also ignored this because lets face it, aiding can take time and it’s pretty boring. You just sit there, clicking button after button, for about five minutes. Yes, that’s really all it takes, maybe five minutes. It’s a long five minutes though, and really, what’s the point?

Well, there are several reasons to aid your guildmates (and others) regularly. Regularly being at least two to three times a week. Daily is best, and those who do get the MVP award. Two to three times a week though will cut it (it keeps you in the event history of PC players, anyways). So lets review those reasons with what regularly means in mind.

You Stay on Friends Lists

Lets face it, no one really wants to keep dead weight on their friends list, especially considering you’re capped at 140 maximum, and you cannot send a friend request out if you’ve got 80+ already. Therefore, many will regulate their list by removing those who drop off the aiding radar, if they serve no other purpose to them. It’s important to cull your list for many reasons, and so this is a great determining factor. So if you don’t want to be dropped from some folks lists, you best aid regularly.

Attacking [and plundering] are a part of this game. It’s going to happen, and if you’re abnormally weak on defense (or they’re just that much stronger than you), then you will probably see yourself attacked more often than others. While there are many ways to deal with this, sometimes all it takes is an aid and you’re golden. A decent chunk of folks adopt an “aid before raid” policy, which is they will return all aid before they start their attack on their neighborhood. So a quick click on that fancy orange button could potentially save that 10 talc you’ve been working on for the last 8hrs.

You can get Blueprints

Looking for a certain Great Building? Need more prints for one you want to take beyond level 10? Aiding can be a great way to earn BPs, especially in the early eras when it’s highly likely you’ll get the right era building just by arbitrarily clicking the fancy orange button. In later eras to be effective in targeting a specific era of GB, you’ll have to manually visit a city to be sure of which era building you’re motivating/polishing. Regardless, it’s still a way to hunt for BPs, which is good for you AND the person you aided!

Being aided by a lot of folks becomes more and more important the deeper into the game you get. This is because as you win cool buildings, like Shrines of Knowledge, Halls of Fame, and other awesome event buildings that require motivating to get the best goodies; you need more and more people to aid you to make sure you earn the most out of your buildings possible. Those who are in the early eras without a lot of buildings won’t be affected by this as much as those in later eras, but there is nothing worse than a building coming due that would give you, for example, 10 goods, 3 FPs, 150 medals, 10,000 coins, and 5,000 supplies; but only if it’s motivated, and it’s not. So without it being motivated, you’re going to get the coins and supplies only, and miss out on everything else. If only someone had aided you. This is the biggest reason why guilds put regular (daily preferred) aiding of all mates in their requirements, and why many will ditch you from their friends list if you cannot be bothered to aid. They rely on your hitting of that aid button to maximize their city’s potential, and eventually (if you aren’t there yet), you will too.

There are plenty of other reasons to aid regularly (like getting coins, or if you have Dynamic Tower than for the goods, for example), but these are the basics. Keeping them in mind will help you to be the kind of player that people want in their guild because you’re a good mate, and on their friends list because you help keep their town functioning at maximum output. And hey, it only takes five minutes a day! 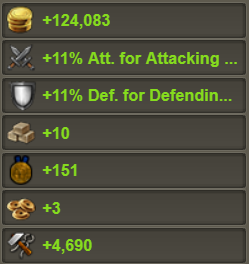 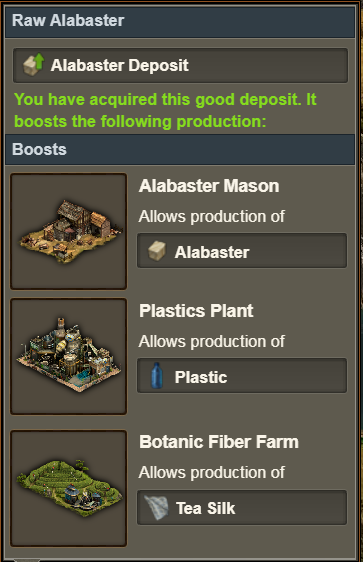