Building a town, especially when you first start out in the Bronze Age, is dealing with a lot of unknowns. Are you going to be a fighter? Perhaps a farmer? How do you optimize what you want to do? How do you just plain have enough population for the things you need, and not run out of supplies or happiness? The basics of building a town seem very easy, but the strategy of this game is actually a lot more complex than it would lead you to believe.

First and foremost, a review of the three basic buildings you need to have a town, at least in the beginning:

Additionally in your town you’ll want to consider:

Further down the road will be Great Buildings, of which you can read about some of them here, but lets review the ultimate basics first.

Having a good balance of buildings for space is essential. As you will quickly discover, space is at a premium, and getting more space is not necessarily something that comes quickly or easily. Therefore, using your space as wisely as possible is essential. To do this, try to use as few roads as possible (despite the fact that they give you happiness, they’re a waste of space if you have too many), and really think about how often you can be on, on average, before you put in a bunch of houses that produce every 15 minutes or on the hour.

While it’s true that the house that produces coins every 15 minutes will make more in an hour than the house that produces on the hour, remember that this is contingent on you being able to collect on time four times in an hour. If you can’t do that, then you’re actually losing out on coins. Likewise, if you aren’t going to be on every hour, why put in hourly producers? Ultimately, you get the best population from the 4 hour, 8 hour, and daily producers, and for many who have real life commitments (like work or school), these are the better options. You’ll find by sticking to the houses that only produce every 4+ hours that you need less of them as well to get to the required population to build other things. Less houses means more space for better stuff. When you first start out it’s easy to just fill your city with whatever, because you haven’t had the joy of earning any event or special buildings yet. Once you start earning those, or wanting to plant a Great Building, you’ll realize why space is so important.

The second item you absolutely have to have, at least for a while, are supply producers. Nothing can be built without supplies either, so getting them generated is as necessary as houses for coins. Typically, the smaller the footprint for a supply building, the better off it is. The ones with the larger footprint seem really good because they single-handily produce more supplies than one small supply building, however you can usually fit two or three small supply buildings to their one large footprint and outproduce them with no issue. Ideally, you’ll want to tie up no more space with supply buildings than you have to. Try to have enough to turn a profit every day, because supplies disappear fast and having some stored up is essential.

Happiness buildings will make it easier to turn a profit with both coins and supplies. In this case it’s more essential to supplies, because you can also get coins from aiding others (and you can’t do that with supplies, bummer). You want to have enough happiness generated in your city to keep citizens enthusiastic. Bare minimum, at least keep them happy so that you don’t lose on production.

So long as you have one point of happiness for each person in your city, you will have happy citizens. Below that, and they will be angry, which means you’ll only earn half of your possible productions when you collect. If you can get it so you have 40% or more extra happiness, your citizens become enthusiastic which in turn means a 120% productivity rate. Remember, this applies to coins and supplies.

If you can win a premium happiness building from a quest or in Guild Expedition, it’s definitely worth planting. Otherwise, try to plant the ones that are actual buildings where you can. Sure, a lot of little ones might cost less and add up to more, but when people drop by to aid you and they can motivate something, you’re better off if there’s less to motivate so you get maximum benefit. Tons of little happiness producers really can bungle this up. Of course, if you need happiness and a little one will do the trick, and it can be stuck in a gap where no road reaches, put it in. Just don’t rely on them.

It’s also recommended that you at least have enough happiness buildings that without being polished, your citizens are happy. Ideally you’d like it to be that without polishing they’re enthusiastic, but this is much harder to achieve and usually comes once you get a Great Building to help (just not Colosseum, it’s a waste of goods and FPs). Typically though, your guild mates and friends will keep everything sparkling and shiny, so your citizens will always be enthusiastic and producing at the maximum.

Beyond that, you can choose to have goods or troops buildings. In the very beginning you will need both. One of each of the goods buildings for your boost in both Bronze Age and Iron Age, so long as you do a lot of trading and don’t waste goods negotiating where you could try fighting, will keep you in business for a while. Some choose to build two of each, but it’s often not necessary. For military, again, you typically don’t need two of any building. It’s arguable that heavy troops in any era are usually the best, because they hit hard and can take a lot of damage in general. For those in Bronze and Iron Age, having your heavy troops and then one other kind of troop of your choice is usually enough to be fairly effective in the early going. If you have the space and the population to spare, building one of each military building can be helpful as you learn to fight and decide on what works best for you. Using Bronze and Iron Age to your learning advantage is highly recommended. This is the time to be learning, to make decisions on which troops you want easier as space becomes more valuable.

As you go with building, you will want to think about what Great Buildings might suit you best. Once you’ve decided, it’s okay to sit in an era earning things and not needing to dedicate FPs to research as you tackle getting the BPs for those GBs. For those in Bronze and Iron Age, the top four recommended GBs to get would be Zeus, Lighthouse of Alexandria, St. Mark’s Basilica, and Temple of Relics. Checking our guide (linked above) on GBs will give you an idea of what they do and why you might want them. Those four however are the most likely to help make city growth easier, as you can do work on the Continent Map and in GE easier (by fighting), you’ll get a supply boost, or a coin boost, you’ll earn goods, and you’ll now be able to spawn relics in GE. While you (now) automatically get Oracle of Delphi in the early eras, realize that it is just a beginning GB and you’re not likely to keep it later on because there are GBs that far out-produce it and you’ll need that space. So investing a lot of FPs into Oracle isn’t recommended.

Once you get the basics of your town together, now it’s time to decide if you want to be a fighter, or a farmer. You can be somewhat in-between, but you’ll likely want to optimize your town to lean one way or the other. For example, you might like to fight though a lot of GE, so you’ll want to have some attack boost and some troops; but no where near what you might need for GvG and so you would instead be more of a farmer to help your guild with GvG. On the other hand, you might love to fight, do only fighting in GE, and do a lot of fighting in GvG; but you still want to have goods to help with trades and your basic needs. Again, it’s about balance, and finding the optimal balance point for yourself. Using this basic build to get an idea where you want to go though will help you to determine where that balance point comes in.

As you work on your city, and space becomes more and more of a valuable commodity, definitely consider checking out City Planner to help optimize your layout. This is a handy tool (consider donating to keep them alive) where you can edit your town without consequence, and even flatten it to better see where you have gaps. It can make the going easier, even if you’re great with spacial awareness. Unfortunately, it is only available on the PC. 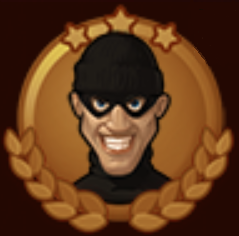