Forge of Empires advertises itself as a game which you can choose how to run your city: will you be a battle thirsty warlord, or perhaps the politician that wins with diplomacy instead? The reality of the game though is far different from what is advertised, and this was much truer five years ago than it is now. There was a point where negotiation didn’t exist at all, and the only real guild activity was GvG which defined players as fighters or farmers. Times have changed, but is there really a balance between fighting and negotiating as play styles? Lets take a bit of a deeper look. Please keep in mind though that while these items are true to the date when this article is written, Inno and FoE are constantly evolving and this may not always be the case in the future.

There is no reason why you cannot be either of these options, and in fact you can be a little of both if you choose as well. What you lean towards however is going to be dependent on a few different factors, and may dictate some of your game play that you weren’t expecting.

What are the criterion on which we need to judge these two styles? Well, there are a few things actually. First and foremost, cost–the ability to gain troops vs goods. Then there’s speed, how fast can you complete an action. You also want to factor in sustainability–and frequency will play a part here. Finally, enjoyment–what actually makes you happy (and this is entirely up to you)?

Fighting spends troops, and these are nice because the only way you actually spend troops is if they die. So long as you don’t kill the troops they are capable of healing and being used again. That doesn’t make them an infinite resource, but it does mean you have an easier time of keeping a stock of them.

In addition you have the ability of the Alcatraz GB, and several event buildings, to make troops for you. Alcatraz works off of the troop barracks you have planted in your city (regardless of if they’re attached to a road and/or fully constructed), whereas event buildings will be random based on the era of the building itself. It costs nothing from you, the player, to gain these troops. Troops coming from barracks will cost gold and/or supplies; two resources that are fairly easy to come by.

Unlike goods, you cannot be gifted troops by another player, so you do have to create all troop supplies on your own. Depending on the level of Alcatraz this can take a while to do, and with few troops you’ll be limited on how far you can go. Boost also plays a part in this, but that’s a different topic.

Negotiating spends goods, gold, or supplies mainly; and in GE it can also spend medals or special goods. Where troops can heal, once you spend the desired items they’re gone. They don’t regenerate, you have to find a way to earn more. In addition, even if you guess wrong with a negotiation the items get spent, which means mistakes are far more costly (even if you succeed on the last attempt).

There are a lot of GBs that offer up the items needed mainly for negotiation, which is helpful, but when it comes to the goods this effect is limited once a player reaches ME and the advent of refined goods. Now your GBs will be producing unrefined goods, which are goods you cannot use for the level of negotiations you’ll be faced with. Remember, negotiations will always be for goods equal to or one era below what you’re in (or whatever era you were in at the opening bell of GE/GBG).

At least with goods (arguably the hardest item to replenish outside of medals if you’re pre-80 Arc or special goods) you can trade with others to get more of what you need. This is a lot of work though, and likely you’ll have to really be scouring your neighborhood and friends list markets because a guild can only supply so much. Like troops, everything else has to be created within your own city.

Fighting is, by and large, the faster method; provided of course that you are auto battling. Arguably though, every player will eventually achieve that lofty delight of just auto battling their way to victory with enough attack boost.

Sure, without auto battle, or even semi-auto battle, manual battle may take longer than negotiating would. Once you’re established though the manual battle becomes a thing of the past. Established being a good attack boost and a well-leveled Alcatraz to provide you troops.

Speed is extremely necessary in GBG, less so in GE, because you can often find yourself competing to take a [GBG] sector if you’re in a competitive group of guilds. When it’s neck-and-neck, even though a GBG negotiation makes two advances instead of one, a fighter on auto battle can likely do at least five battles in the span of time it takes a person to complete a negotiation successfully. It’s also far more likely that a fighter will succeed, because they’re only hindered by their troops and not by how many chances they get to try and find the right combination. A truly fast fighter on a well-built computer can probably do even more fights in that same time frame.

Negotiating is slow going. You have to really enjoy logic puzzles, for that’s what these essentially are, to enjoy negotiation in FoE.

By default you get three tries to find the right combination, and depending on how many different kinds of items it gives you for options this can be downright tricky. When it comes to GE and there’s no real rush to finish (unless you’re competing to get the whole guild to have all 64 encounters done first), negotiation is perfectly fine. You can make as many attempts as you want, and you’re not under the gun. With GBG however, those three turns could turn into six or more depending on how lucky you are just to make two advances. If speed is necessary, negotiation loses to fighting hands-down 100% of the time.

Not to mention the fact that in GBG, unlike GE, the Extra Turn tavern boost doesn’t apply. This is because unlike GE, in GBG you’ll never have more than six items to select from (and never medals or special goods), but that isn’t a 100% guarantee of success. It’s tricky, and without that extra turn it can be extra slow.

A fighter has to sustain all their own stuff. It will be your sole responsibility to acquire special and event buildings that give you attack boost, as well as raise up all the GBs truly necessary to fighting: Zeus, CoA, CdM (the trifecta), Traz, AO, and TA. You can get some FP help (or use the benefit of a lock thread if you’re in a really good guild) with the GBs, but aside from that it’s all on you to maintain space for barracks, collect your Traz (and similar) regularly, and keep your troops in tip-top shape for fighting. Once you run out of [healthy] troops for fighting that’s it–either you’re out of the game (for now) or you have to negotiate.

Since there’s no limit to how high you can raise your GBs (just costs FPs), you can constantly be increasing your boost to allow you to fight to higher and higher attrition before you completely trash your army. There will always be a stopping point, but you can raise that bar infinitely. You can also select an era that favors fast fighting to camp in, too. Presently these seem to be HMA, CE, FE, VF, and SAAB mainly. Everyone has their preferences of course, but these particular eras seem to be among the most popular camping spots to really take advantage of fantastic fighting.

Someone who negotiates has the advantage of being able to trade for goods, but you have to have goods to trade for more. All other resources you have to produce yourself, and while it’s eventually rare that they’ll run low it can happen in those early, under-developed eras. Goods are truly the struggle for this play style, especially if your guild is extremely active in GBG.

When it comes to trading this often isn’t something that easily happens passively, either. If you really want to sustain a negotiation play style when you’re actively putting in 500+ (for example) in one season of GBG, then you’re going to have to hunt down the goods you need. Sure, you can put your own requests up in the market, but unless you’re also taking trades yourself you’re unlikely to maintain enough of a goods stock. In the early eras, pre-ME, you can rely [somewhat] on GBs to assist you, but this is very random (since they don’t evenly dish out goods), and will eventually not be a factor anymore (ME and beyond).

The nice thing though is there really isn’t an attrition cap on this. You can keep negotiating as long as you have the goods to do so–regardless of your attrition level it will never ask you for more than one of six items max.

So overall, while there’s no reason why you can’t be a negotiator, FoE still has all the true advantages given to fighters. There are a few perks to negotiation, but they’re heavily outweighed by the difficulty of such a play style. It is truly easier to be a fighter because of the complexity of networking for goods that being a negotiator requires. In addition, if you’re in a really active guild as far as GBG goes with a need-for-speed, then it’s a detriment to the guild for you to solely be a negotiator. There’s a time and place for negotiations, but speed is not that place (it’s instead for battling against attrition where that’s an issue, or for helping push forward once attrition is too high to fight).

If you truly wish to negotiate, but want to be in a competitive GBG guild that has a need for you to be fast, the best recommendation would be to leave all your negotiation for GE (and later on the continent map in Mars and SAAB, etc), and take to having the ability to fight for GBG. That way you can go fast for your guild when it’s needed, and enjoy your negotiation elsewhere. At least until Inno figures out a way to make fighting and negotiation more balanced in terms of play styles. 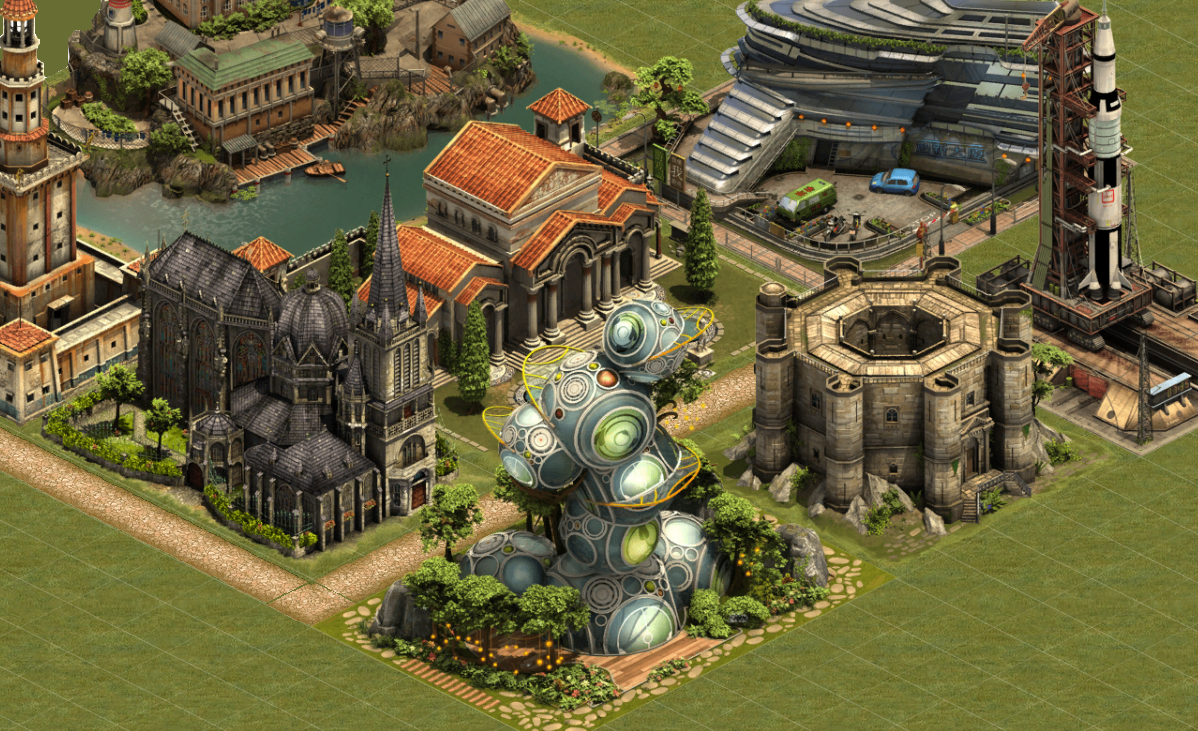 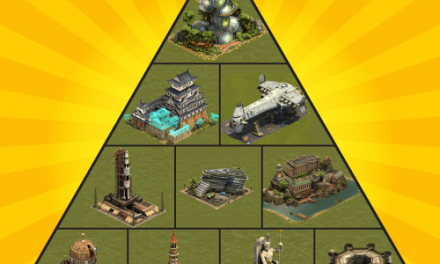 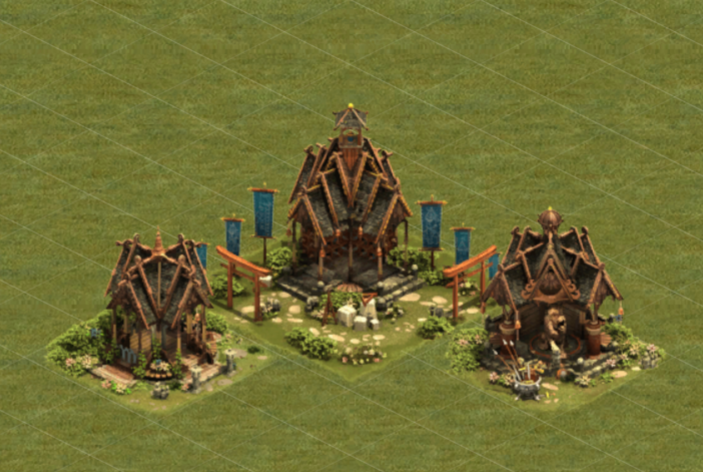